Can You Hear Me Now? 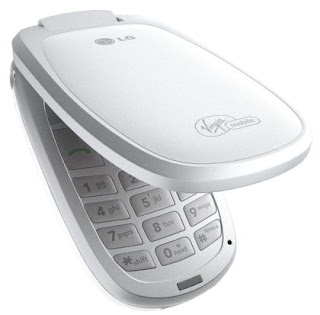 Kristina has wanted a cell phone since she arrived here and we have told her "no" repeatedly for several reasons. Mostly, we didn't feel she possessed the maturity to handle the privledge. And we've made it a rule that whenever the kids insist that they "need" something, we put them off until they understand the difference between "want" and "need". Kristina still struggles with that one.

Nathanael and Hannah both have prepaid phones that they each purchased with their own money. They don't use the phones compulsively and they budget their minutes to ensure they keep their phones. Our kids don't receive an allowance. Any money they have, they earn. Kristina pointed to them and claimed it wasn't fair that they had phones and she didn't. Another thing not to say to me: "fair". I explained why we didn't feel she was ready for the responsibility and reminded her that she couldn't afford to buy one anyway.

Well, she saved. Last weekend she had enough to buy the cheapest prepaid phone available and a small pack of minutes to activate it. I had the phone taken apart and was typing the serial number into the online activation page when Kristina exclaimed, "Oh! My phone was made in Korea!" Confused over her enthusiasm, I looked up for more explaination. Seeing my perplexed stare, she explained, "My best friend was made in Korea!" I laughed to myself. Her best friend Isabelle at school is Korean.

Once I had her phone activated and setup, I turned it over to her with a overview of how things worked, how much text messages cost, and voice calls so she could keep up with her account. I reminded her that when her minutes were gone they were gone until she saved up enough to replenish her account. I wasn't thrilled about the whole thing, but Robert thought it would be a good experience for her.

Her phone was activated on Wednesday afternoon and later that evening I logged onto her online account to make sure the promo code for minutes went through. In a three hour period, she had managed to send and receive a total of over 70 text messages. Half of the minutes she had purchased were gone. I was livid. What I thought would happen was happening. I was upset at her lack of stewardship and self control. Robert, however, thought it was great. "What are you so upset over?" he asked, "She's going to be out of minutes in a few days. It will be a great learning lesson for her."

I called her over to see the online account activity on her phone. She knew she did exactly what I told her not to do. I showed her how much money was left on her account and reminded her, "when it's gone, it's gone". Since Wednesday she has sent two text messages: one to a friend telling her she couldn't text for awhile and one to her dad telling him she loves him. Lesson learned.
Posted by Leslie at 9:10 PM

What a great lesson! I'm sure its one she won't be forgetting. ;)

I love the Korea comment! LOL! I also like the look of the blog.
Hey, we found a great bookstore and I am stocking up for O. Does Kristina still read books in Russian? They are really cheap here although the suitcase is getting heavy with all the trips to the store :).

Yeah, I worry about that one too! So far, none of our three have asked for one. They only want to play with ours for the games that are on them. We have an extra phone with our plan that sits in the office drawer. No way am I giving it to them. I think we will follow your guide and make them buy their own prepaid, too when that time comes.

I am glad she is learning responsibility and she will see, when it's gone, it's gone. :)

Love the look and I wish I knew how to do things like this. The pictures look so good. I would have no idea on how to even start to make something like that...lol You are so talented, Leslie.

Lol. I'm half Korean, I moved from Korea to Mississippi. Love Kristina and miss her sooo much.

I bet she'd be happy to know her other best friend, Jordan, and I are best friends now. Haha. She must have gotten an LG Phone if it was made in Korea.

Lol. I'm half Korean, I moved from Korea to Mississippi. Love Kristina and miss her sooo much.

I bet she'd be happy to know her other best friend, Jordan, and I are best friends now. Haha. She must have gotten an LG Phone if it was made in Korea.