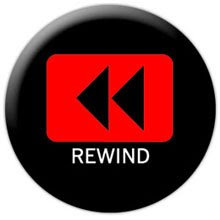 Okay, let me explain. A month ago I posted some resolutions that I hoped would stick; one of which was to post more often. It's been ten days since my last post (doesn't that sound like the intro at an AA meeting???) and I've already gotten a few "Ahem . . . .?"'s from several of you. So let me fill you in on what's going on.

Many of you know that we moved to Mississippi last summer. Our house has been on the market back in Florida. I started a dream teaching job and Robert had no doubt he would be able to pick up in the construction business once we arrived. Fast forward seven months and the house still hasn't sold (sound familiar, Tami?), the construction industry in South Mississippi has literally dried up because of the economy, and . . . well . . . my job still rocks. Long story short, Robert moved back to Florida a few weeks ago where he is already working on a beautiful 5000 sq foot house. I have been playing single parent in the interim and missing him terribly. In fact, I'm sitting in a public library in Orlando right now typing this. I flew in for a long weekend to spend some time with him and I fly back to Mississippi tonight. So we've all had to be flexible and prayerful about what the future holds. Nothing in stone, but if the house doesn't sell by the time my contract is up at the end of the school year, we will likely need to move back to Florida. It's a bittersweet fact and I am simply laying it all at the Master's feet.

So let me touch on the resolutions and let you know where I stand with all of it:
1. More personal devotion time.
I'm actually doing really well with this one. I spend some time reading and praying each morning before the children get up.

2. Specific devotion with the girls.
This one hasn't taken off yet. With the current situation, it's been difficult to carve out time for devotion that doesn't include the boys. I'm working on it though!

3. More exercise
I'm actually doing really well with this one and enjoying the benefits. I purposely avoid scales like the plague, but I did get on one when I got home. I've lost 12 pounds since I was here over Christmas. Not bad!

4.Raise orphan awareness
Still a burning passion in my heart. We're looking at travel options for the Spring/Summer. I've had a few more requests for the DVD and some encouraging emails about the effect of the video on several people. Praise God! YouTube removed the audio from our Orphans of Ukraine video recently which really bummed me out. But hey, the fact that its been seen over 46,000 times is amazing!!!

5. Following a tighter budget
Doing good! I'm surprised what we can get by on now that Robert's not part of the household budget. Just joking, hon!!!

6. More home cooked meals
Getting better at this one. The kids have been great about chipping in with the cooking more.

7. Writing
Still planning on this! It's always in the back of my mind, things I want to tell you about. It seems like from the time we get home from school, exercise, do homework, cook dinner, clean up, and have baths it's already 10pm!

8.Actively seek God about adding to our family.
I got several questions on this one and wish I had more details to share. We haven't identified a child/ren at this point. We are prayerfully considering the true spirit of adoption and looking for more than a healthy infant, perhaps even a child with delays or handicaps. Pray with us on that!

So that's where we stand! Lots on going on and a future with lots more to anticipate. Post again soon . . . I promise!
Posted by Leslie at 10:52 AM

Yep. Sounds familiar. This week should be the week of decision for us. We'll know what the homeowners' decision is...which will put everything else in motion.
UGH! I need some Pepto just thinking about it.
The weird thing is there are about four or five of us (that I know of) that are in the same boat.
Wow. This economy stinks!
With that being said...
I'm so glad you're doing so well on your resolutions! :) That last one especially is really exciting! :)

We want so much to be involved in orphan awareness and ministry, too. Are you coming to Colorado? If you ever have plans to, please let me know. I think our church will be starting an adoption ministry, but Garth and I also really want an orphan ministry and to go love them where they are. We'll see how the Lord leads. Would love a DVD someday to show at churches. Gosh, we have a lot of prayer and planning and prayer (and did I mention prayer?) to do.

I know that God will show you what He wants you to do about your living situation. We sometimes feel like He wants us to leave this neighborhood and be more self sufficient, more available to others. I don't know how that will look...

And I'll pray for God to lead you to the child or children He wants you to add to your family. I know He will and will make it possible for them to join your fam!

My husband and I, and my sister and her husband, are all looking at moving SOUTH! (we're all in Minnesota right now.) We've looked at several areas, but my sister is more seriously looking at Florida, while we're kind of looking around NC. Would you be comfortable sending is the link to your MLS listing? You can send it to deaneah at comcast dot net

It must be so hard to be away from Robert, but on the other hand, he has a job, and it's really important now. Hang on - your future holds only the best for you and your family!

I like your resolutions! I'm not a resolutions person, but maybe it's a good idea to start!

I love and miss you and the kids.

are you aware that your airport arrival video doesn't work... at all? i know you said the music from the other video was down, but wanted to make sure you knew about the other one. :-)

Hi L.
I love your background. It's pretty cool.

Hey! We are coming through Hattiesburg on Friday afternoon... we would love to meet all of you and of course Karina would love to see Kristina. Let us know.

Great year planned! Can't wait to watch it all in action!

can I add your blog to my blogroll?

I did not know Robert was back in FL. I really hope I get to see you before you move back (if that's where God leads). I want the best for all of you and I want you to be happy.

Ever wanted to get free Google+ Circles?
Did you know that you can get them AUTOMATICALLY AND ABSOLUTELY FOR FREE by registering on Like 4 Like?