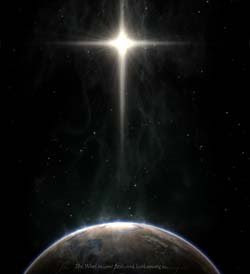 In the middle of singing the above mentioned song in service this morning, I felt a tug on my sleeve. Without taking my eyes from the words on the screen, I leaned down to see what the child sitting to my left wanted. "I'm nervous," Kristina whispered. "Of what?" I whispered back, "The words are right there on the screen." She rolled her eyes at my attempt at humor and went back to singing.

We were invited to worship at Petal Harvey Baptist Church and speak with one of the Sunday School classes about orphan ministry. Kristina would come with us to the presentation and she was afraid she wouldn't know what to say. Quite frankly, so was I. After worship, we made our way to the upstairs classroom. Robert spoke briefly about what the Bible says concerning adoption and then I shared our personal journey with a room of about 30 young married couples. We played the video we made of my first trip to Ukraine. Its always difficult to watch the video. You would think it would be easier after seeing it countless times, but it never gets easier because I know the need now is even greater than it was then. I tried very hard to stay composed, but when I saw Kristina tear up I felt my own emotions welling up.

It is interesting to see her come to the point where she is able to reflect upon where she has been and where she is now. Some orphans embrace their bleak future and begin self destructive behaviors as at a very early age. We witnessed children who were already prostituting themselves, numb to the hope that there could be any other way for them to be loved and needed. Other orphans, like Kristina, refused to see things for what they truly were. For many months, we battled "the lie". The lie that someone would come for her eventually, that somehow she wouldn't be one of the girls who would sleep on the street at the mercy of others. We understand that her clinging to "the lie" was a defense mechanism. Its what kept her from crossing over into the abyss of hopelessness.

Although she was terribly nervous and had moments of stage fright, she was able to share a little bit of what life was like in Ukraine. And like me, afterwards she thought of a million other things she wanted to say to the group. Because she was in the room, Robert and I specifically didn't share the horrors of her personal story and some the details of much of what these children face. We trust that what we were clumsily allowed to share will plant a seed about adoption in the hearts of others.

For months we've been trying to figure out why God has brought us to Mississippi and why we have borne one difficulty after the next in coming here. But this morning, we were reminded that perhaps God's plan has yet to be revealed. If just one family who heard our story becomes involved in orphan ministry or adoption, would the sacrifice not have been well worth it? God showed us today that he indeed has a work for us to do. Pray that He would open more doors that we might speak with other groups and churches to share the message about adoption. This is what Kristina was brought here for: Gloria in Excelsis Deo - Glory to God in the Highest.

"And suddenly there appeared with the angel a multitude of the heavenly host praising God and saying,
Glory to God in the highest,
And on earth peace among men with whom He is pleased.

When the angels had gone away from them into heaven, the shepherds began saying to one another, "Let us go straight to Bethlehem then, and see this thing that has happened which the Lord has made known to us."
-Luke 2:13-15

You are both so strong. thanks for making a difference! oh and tell Kristina I was SO glad to finally meet her! i felt like i was meeting someone famous!

Merry Christmas! Thank you for the new post. One year ago yesterday we were boarding a plane to Ukraine! The time from that perspective has made this year seem to fly by!

Like you, we have gotten an inside look into the mind of a person without hope of love. The lies, as you call them, that they tell themselves--the things they do to cope, to survive emotionally and physically--all serve as reminders of what we were before we were adopted by Christ. And, even though we have been adopted by him, we still do the things we did before Hope. We don't even realize we are doing these things sometimes, but He works in our hearts the way you are doing with Kristina and we are doing with our boys.

Praise God that He sacrificed so much so that we could be adopted into His family! Hope and Love, though intangible, make all the difference in the world, don't they?

Yes, there is a reason God brought you to MS! I believe He has much work in store for you here. I would love for you to come to our SS class! We have about 115 people in there now...almost all of them are couples. I could speak about Grisha and others as well. I have been wanting to do it, but I have been so scared. I would love it if ya'll could come and do it with me. There are four of us in the class adopting (well, 2 already brought their children home and there are 2 of us who haven't). God is really working in the lives of the people in my church and stirring their hearts. I go to Crossgates Baptist Church in Brandon. Please think about it and I can set up a date for it.

I am so grateful when an adopting family shares anything about adoption. Maybe this is because I have felt the pull to adopt as well. But our church is full of adopting parents, but I rarely ever get the chance to hear their stories. Even if you shared only little and forgot alot, God will use those words as reminders to people one day of the need to adopt. In March, I will hopefully be able to listen to an adopting mom at our church speak. I seen she is speaking and I made a mental note to attend. I take what I can get. Thank you for sharing on your blog as well. It is a wonderful story of how God uses normal people to make a big difference.