A is for Adoption 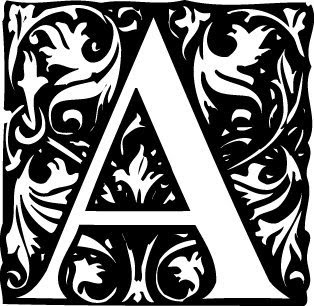 My understanding of adoption, and specifically the true spirit of adoption, has been an evolving process. At the last church group we spoke to, I printed handouts that members could slip into their Bibles with a call to action, specific things they could do to minister to orphans. Robert proofread what I had typed up and quickly corrected one of my points, "Honey, you can't say God has called everyone to adoption."

"But you can't SAY that God is calling each of them to ADOPT."

I understood what he was getting at, but quite frankly, I do believe that Christians should be ministering to orphans by bringing them into their families. There is no clearer picture of God's redemptive love than this earthly action. So why is adoption often considered "plan B" for many families? If we as Christians believe that adoption falls to those who cannot conceive otherwise, then we have missed the message of adoption.

Adoption was always God's Plan A. It wasn't an afterthought in the redemptive plan for mankind. And perhaps what is just as humbling is WHO God chose to adopt. God chose the unwanted, the poor, the lame, the lowest of creation to redeem as his sons and daughters. That would be us, chosen to be heirs to the great King. There was nothing we brought to the table. Nothing that made us appealing. God chose us because of His boundless goodness.

There is a waiting list for healthy newborns. Families line up to adopt these precious children. But what about the others? In advocating for older child adoption, I found myself discouraged by families who would consider adopting an infant, but didn't feel as though they were 'equipped' for anything else. Yes, healthy newborns need families too, but we've misunderstood the true spirit of adoption if we limit our role in God's calling in this way.

I was praying to God about this and voicing my frustration months ago, when I distinctly felt Him question me about MY understanding of adoption. Would I be willing to adopt ANY orphan God placed in my path? What about another older child? What about a child of another heritage? What about a child with a disability? If I truly believed the spirit of adoption does not discriminate, then I wouldn't hesitate to say, "yes". But I examined myself and found fear. Was I 'equipped' to handle a child with a disability? Was I one of those potential adopters who put stipulations on a child that would join my family?

I decided to test Robert on this issue and see what he thought, "I'm going to ask you a question and I don't want you to answer me right away. I want you to really think about what I'm asking you. Okay?"

"Who would you be willing to adopt? Any child?"

I barely got the word 'child' out of my mouth when he replied, "Any child."

This time he thought for about 10 seconds before he replied, "Yeah. Any child. They need families too, right?"

What does this mean for us? Can we meet the needs of a disabled child? Do we have the strength and resources? Of course. All those things come from God. We have many adoptive friends who have walked this path and adopted children rejected by their mothers, their homelands, and potential families because they weren't healthy infants. Their stories are inspiring testimonies to the goodness of God. In them we see the true spirit of adoption. We see what God intended. We see Plan A.

My brethren, do not hold your faith in our glorious Lord Jesus Christ with an attitude of personal favoritism. For if a man comes into your assembly with a gold ring and dressed in fine clothes, and there also comes in a poor man in dirty clothes, and you pay special attention to the one who is wearing the fine clothes, and say, "You sit here in a good place," and you say to the poor man, "You stand over there, or sit down by my footstool," have you not made distinctions among yourselves, and become judges with evil motives?

Listen, my beloved brethren: did not God choose the poor of this world to be rich in faith and heirs of the kingdom which He promised to those who love Him?
-James 2:1-5
Posted by Leslie at 9:17 PM

an excellent entry. thank you for getting me to think about what adoption is truly about. :-)

p.s. - i still can't view your airport video, it's "no longer available" - will it ever be working again?

Hi, Michelle-
The post was more for me than anyone else. I need to be reminded what God's calling on adoption is. You people probably already knew all of this! Yes, I'm working on moving the videos over to another hosting site. As soon as I get them transferred, I'll post an update.

That husband of yours is a keeper...
Great post, Leslie.

Amen! Amen! Amen!!!!! I LOVE this and may have to borrow some of it for Sage Brush! I've been thinking about this quite a bit over the last few weeks...God's adoption of us...and our adoption of these awesome kiddos. What a beautiful word picture of His love for us! :)
And YES you can handle a kid with special needs. Two years ago I didn't think I could. One year ago I hoped I could. And now I think, 'Special needs? Maddie has special needs? What special needs!' :)

You know, I really liked that point you made - adoption is about getting a child a home, not getting parents a child. So often, that IS the thrust - especially with infant adoption.

I do think that God prepares us for the sort of child we can parent well. I am not sure I could handle all issues, all disabilities well. But, I am always surprised when people shake their head at me and ask "how" I "do it" and all I can think is - "It is all blessing!"

I appreciate what you had to say here. I had SO many fears going into our adoption of older girls and now I am amazed at how normal it all seems. I guess I just was so frightened that we were not equipped but then you just do it and walk hand in hand with God and He more than makes up for what I lack. It is amazing and wonderful and such a privilege to be the parents of our precious girls. I will be praying for God to make it so clear His will for you as I'm certain He will with open hearts like your's and your husbands'.

Leslie, I just can't stop crying. This is also how I feel and I needed this post right now. So many people keep asking if I am still going to adopt now that I am pregnant. I think they think we are adopting to "grow" our family. That is not it at all. It is not about expanding our family. I am sure many people adopt because of that, but that was not our motive. We heard God loud and clear and it pains me to see that people would think I would not bring my Grisha home now because we are "already" having another baby. Adoption is not our plan B and sadly for a lot of families, it is. They can't see that God may have wanted it to be their plan A all along. I praise God for adopting me and He is really showing me His love for us through this. Thank you, Leslie, for this post from the heart of God.

Great post. James doesn't say "true religion is infertile people adopting little blond hair infants and everyone else feeling all cozy inside knowing they werent called." It says we should ALL be caring for orphans and widows in their need. There are hundreds of thousands of kids who somehow missed the waiting list. God bless.

I read the link that Anon #1 posted and I have to say that I cannot believe that a pastor would say "adopting from overseas is pointless because so many are left behind anyway."

There is so much more I want to say about this article, but I will not because my pg hormones would make me regret starting something. And I am not a person that likes conflict. I am stopping now....

This is fantastic Leslie! You summed up my feelings so perfectly! Thank you for stating so beautifully what I can never seem to put words to!

Leslie what a wonderful post. I only wish I had your talent at putting feelings into words. Not only will God bless you with a wonderful child but everyday when you look at that child and watch them grow you will see him through him or her.

God has been very good to me but everyday I am thankful he gave me Carley who shows me his light and blessed me again with Macey.